Home About Us History What Is Mega Space FAQ Contact
×

LOUISVILLE IS HOME TO ONE OF THE LARGEST CAVERNS IN THE UNITED STATES -- SO LARGE, IT HAS BEEN DUBBED THE "MEGA” CAVERN!

The Louisville Mega Space underground storage facility began as a crushed limestone quarry in the 1930s. Throughout the mid-twentieth century, workers mined more than 100 acres of limestone from the site, leaving a sprawling cavern with ceilings 90 feet tall. In 1989, the cavern was acquired by private investors who saw the potential to develop a portion of the cavern into an environmentally-conscious, high-security commercial storage facility. 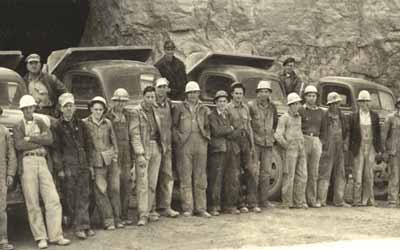 Since the early 1990's, a massive amount of recycled concrete, brick, block, rock and dirt fill were used to create flooring and over 17 miles of roadway inside the cavern. Louisville Mega Space is classified by the Commonwealth of Kentucky as a building, and is the largest building in Kentucky at four MILLION square feet! Warehousing and commercial space construction is still in progress, and there’s no storage challenge too big for Louisville Mega Space.

The mine was founded by Ralph Rogers back in the 1930’s. He was a great visionary who saw the need for highways in this country especially to the south. He was said to be able to look at a site and tell you just how much rock that he could get out of it. His business did very well; especially back during the Depression of the 1930’s when the government put people back to work by supporting the construction of new roads and bridges.

The Louisville Mega Cavern is a 100 acre limestone cavern capable of shrugging off a 260-mph tornado and boasts a constant 58-degree temperature. The cavern under the Louisville Zoo has remained virtually dormant since the last load of limestone was mined nearly 20 years ago to build bridges and roads across the Midwest. 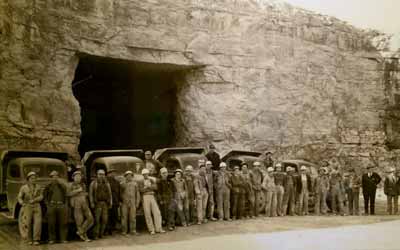 In the post 9-11 world, government agencies and high security businesses are looking for ultimate security, and the Underground offers just that. With limestone and earth between the cavern ceiling and the ground above, the cavern could withstand the most violent tornado or an airliner crash.

During the Cuban missile crisis in the early 1960s, state officials made plans in case of nuclear attack to house 50,000 people in the cavern because it's a natural bomb shelter. With four entrances, positioned close together, access is easily controlled by a series of security checkpoints.

”Geologists say that this is the safest place in Kentucky," Jim Lowry, the co-owner, said.